How to Boost Your (and Others’) Emotional Intelligence

How to Boost Your (and Others’) Emotional Intelligence

Among the various core ingredients of talent and career success, few personal qualities have received more attention in the past decade than emotional intelligence (EQ), the ability to identify and manage your own and others’ emotions. Importantly, unlike most of the competencies that make it into the HR zeitgeist of buzzwords, EQ is no fad.

In fact, thousands of academic studies have demonstrated the predictive power of scientific EQ assessments vis-à-vis job performance, leadership potential, entrepreneurship and employability. Moreover, the importance of EQ has been highlighted beyond work-related settings, as higher scores have been associated with relationship success, mental and physical health, and happiness.

All this is good news for people with higher EQ. But what can those with lower scores do to improve their intrapersonal and interpersonal skills? Is it possible to increase your own and others’ EQ beyond its natural levels? While Goleman and other popular writers argue that (unlike IQ) EQ is malleable and trainable, EQ is really just a combination of personality traits. Accordingly, it is not set in stone; it is largely heritable, shaped by childhood experiences, and fairly stable over time.

This does not mean that the effort put toward sculpting emotionally intelligent behaviors is a waste of time. It simply means that focus and dedication is required. The same goes for helping others to act with EQ when they are not naturally inclined to do so. Here are five critical steps for developing EQ:

Personality, and thereby EQ, is composed of two parts: identity (how we see ourselves) and reputation (how others see us). For most people there is a disparity between identity and reputation that can cause them to ignore feedback and derail. Real self-awareness is about achieving a realistic view of one’s strengths and weaknesses and of how those strengths and weaknesses compare to others’. For instance, most people rate their own EQ highly, yet only a minority of those individuals will be rated as emotionally intelligent by others. Turning self-deception into self-awareness will not happen without accurate feedback, the kind that comes from data-based assessments such as a valid personality tests or 360-degree feedback surveys. Such tools are fundamental to help us uncover EQ-related blind spots, not least because other people are generally too polite to give us negative feedback.

Paying due attention to others is tantamount to career success. But for those with lower levels of EQ, it’s difficult to see things from others’ perspectives, especially when there is no clear right or wrong way forward. Developing an other-centric approach starts with a basic appreciation and acknowledgement of team members’ individual strengths, weaknesses, and beliefs. Brief but frequent discussions with team members will lead to a more thorough understanding of how to motivate and influence others. Such conversations should inspire ways to create opportunities for collaboration, teamwork, and external networking.

Be more rewarding to deal with

People who are more employable and successful in their career tend to be seen as more rewarding to deal with. Rewarding people tend to be cooperative, friendly, trusting and unselfish. Unrewarding individuals tend to be more guarded and critical; they are willing to speak their minds and disagree openly but can develop a reputation for being argumentative, pessimistic, and confrontational. Although this reputation helps enforce high standards, it’s only a matter of time before it erodes relationships and the support for initiatives that accompany them. It’s important that these individuals ensure an appropriate level of interpersonal contact before tasking someone or asking them for help. Proactively and frequently sharing knowledge and resources without an expectation for reciprocity will go a long way.

Passion and intense enthusiasm can easily cross the line to become moodiness and outright excitability when the pressure’s on. Nobody likes a crybaby. And in the business world, those who become particularly disappointed or discouraged when unanticipated issues arise are viewed as undeserving of a seat at the grown-ups’ table. If you’re one of many people who suffer from too much emotional transparency, reflect on which situations tend to trigger feelings of anger or frustration and monitor your tendency to overreact in the face of setbacks. For example, if you wake up to a bunch of annoying emails, don’t respond immediately — wait until you have time to calm down. Likewise, if someone makes an irritating comment during a meeting, control your reaction and keep calm. While you cannot go from being Woody Allen to being the Dalai Lama, you can avoid stressful situations and inhibit your volatile reactions by detecting your triggers. Start working on tactics that help you become aware of your emotions in real time, not only in terms of how you experience them, but, more important, in terms of how they are being experienced by others.

Display humility, even if it’s fake

Sometimes it can feel like you’re working on an island managed by six-year-olds. But if you’re the type of person who often thinks, “I’m surrounded by idiots,” then it’s likely that your self-assured behaviors are seen as being arrogant, forceful, and incapable of admitting mistakes. Climbing the organizational ladder requires an extraordinary degree of self-belief, which, up to a certain point, is seen as inspirational. However, the most-effective leaders are the ones who don’t seem to believe their own hype, for they come across as humble. Striking a healthy balance between assertiveness and modesty, demonstrating receptiveness to feedback and the ability to admit one’s mistakes, is one of the most difficult tasks to master. When things go wrong, team members seek confident leadership, but they also hope to be supported and taught with humility as they work to improve the situation. To develop this component of EQ, it is sometimes necessary to fake confidence, and it’s even more important to fake humility. We live in a world that rewards people for hiding their insecurities, but the truth is that it is much more important to hide one’s arrogance. That means swallowing one’s pride, picking and choosing battles, and looking for opportunities to recognize others, even if you feel you are right and others are wrong.

While the above recommendations may be hard to follow all the time, you will still benefit if you can adopt them some of the time. Much as with other coaching interventions, the goal here is not to change your personality but to replace counterproductive behaviors with more-adaptive actions — to build new habits that replace toxic tendencies and improve how others perceive you. This is why, when coaching works, it invalidates the results of a personality test: Your default predispositions are no longer evidenced in your behaviors. 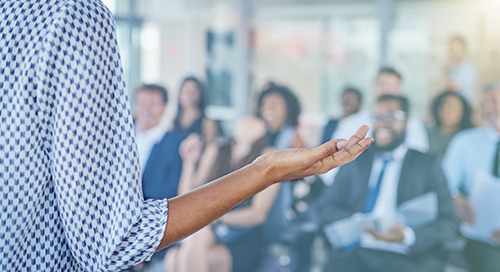 Tips for Building a Culture of Innovation

Thinking differently doesn’t happen by accident. Innovation happens when it is nurtured by a supportive cul... 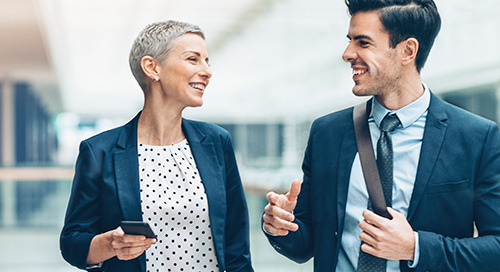 Self-improvement is about developing healthy habits – including ways to improve your career path. 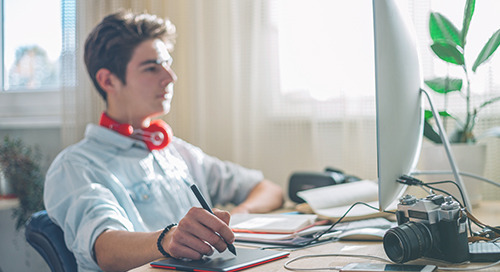 How to Boost Your Skills Remotely

Keep professional skills sharp for when the world returns to normal. Here are options for virtual learning that can be done anywhere, anytime. 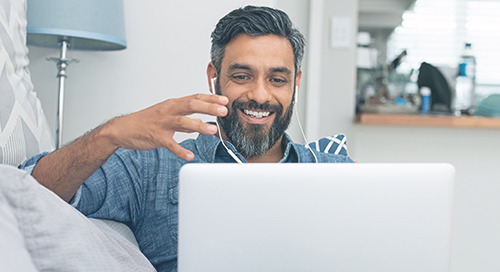 Best practices to follow as the global workforce turns to online meetings. 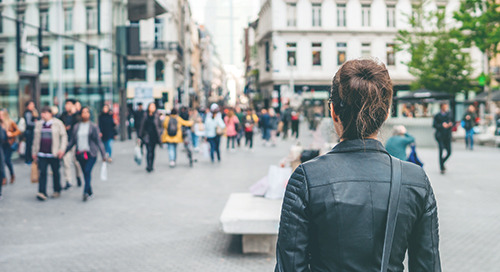 Case Study: Training the Right Fit for the Right Job

Manpower helped create the Belgium Technical Academies, providing a flexible solution to help companies fill the most difficult profiles in the job market. 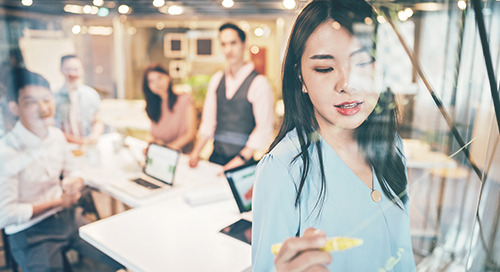 Learn how Right Management helped a global technology and service organization develop the leadership needed to be successful during a period of rapid growth. 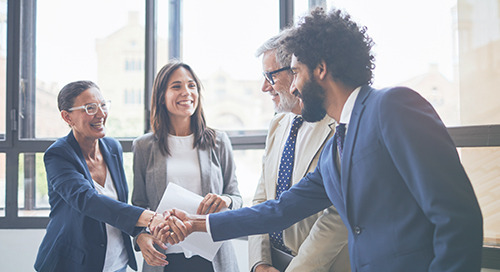 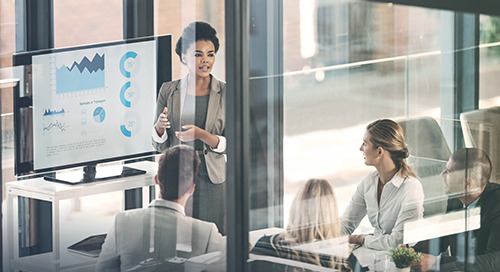 Right Management partnered with an $8B technology organization to create a development program for high potential managers. 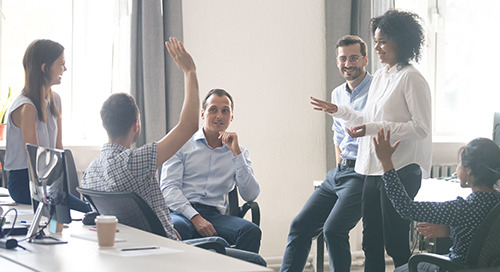 After a leading global chemical manufacturing company was acquired, it turned to Right Management to build a comprehensive career development strategy and program. 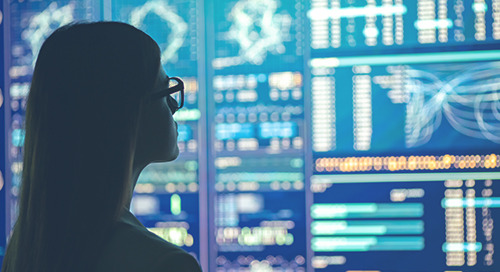 How to Prepare for the Jobs of the Future

The future of work is changing quickly, and the jobs of tomorrow will be different than today. A new study from the World Economic Forum reveals the emerging jobs that are in urgent demand worldwide. 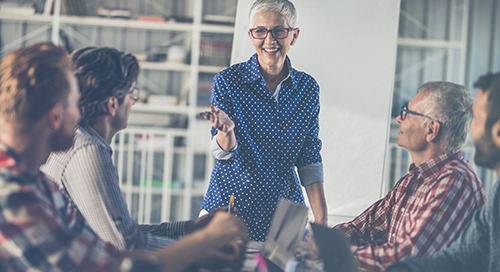 Building a Culture of Career Development

Structure, boldness, lack of boundaries, and a win-win mentality are all signs of a robust, sustainable career culture that will help businesses attract and engage talent. 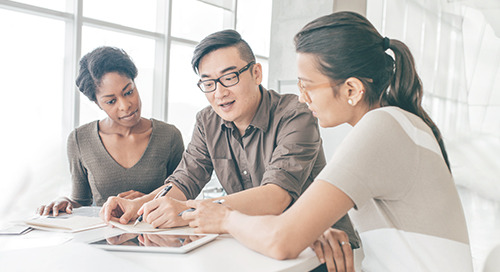 A talent management structure geared towards career development is key to nurturing the organizational and individual agility required to succeed in business. 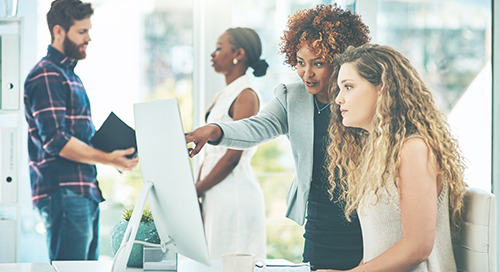 How Lack of Career Development May Be Hurting Your Company

Leaders should be alarmed with the lack of employee engagement. Action is needed now. 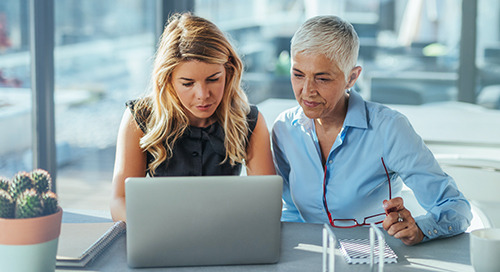 How to be a Reverse Mentor to Senior Colleagues

Mentors are everywhere, but you have to be strategic to find and choose a mentor that can work as a two-way street. 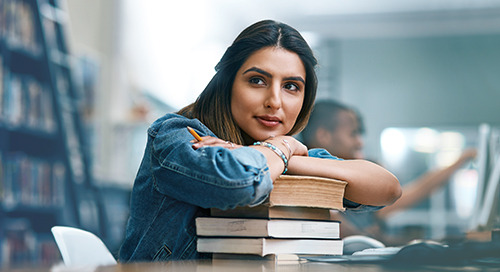 Being young means not having it all figured out. Want to change your major or your career? That’s perfectly in line with today’s shifting needs in the workforce. 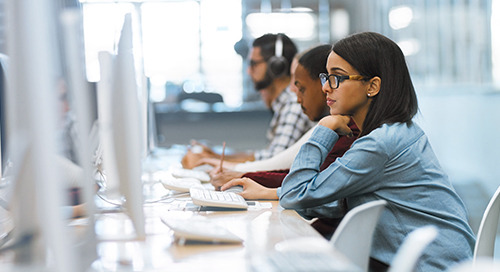 Cultivating Learnability from a Young Age 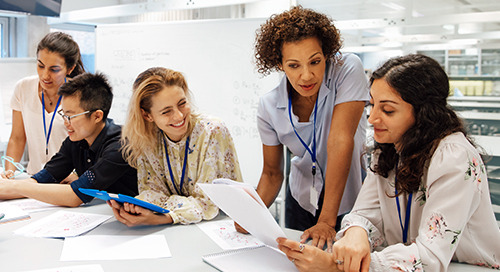 Why Learnability is the Most Important Skill in a Digital World

“The robots are coming” is no longer the threat of the decade, but rather the opportunity of our lifetime. 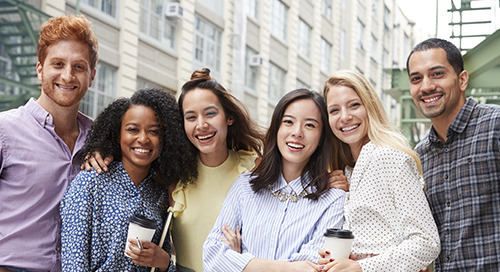 A CEO’s Career Advice to His Millennial Children

CEO & Chairman Jonas Prising shares the career advice he would give to his millennial children. 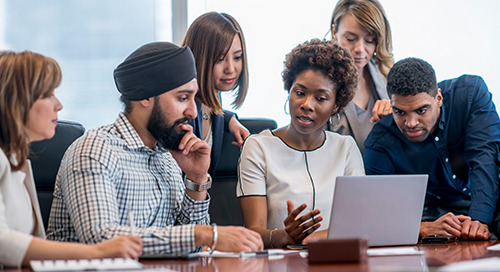 How Can I Make My Workplace More Inclusive?

A diverse workplace is a healthy workplace. Here are ways everyone can help move your company forward. 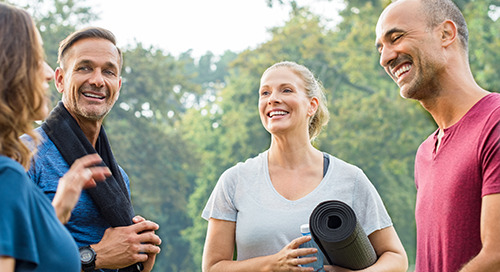 How to Network at Your Next Summer Event

Don’t let your networking skills decay. Use social gathering to maintain and enhance your ability to connect with others. 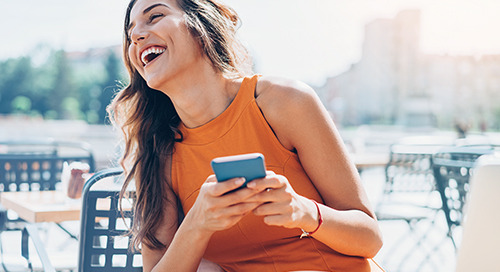 Out of Office: Develop Your Career While on Vacation

Getting out of the office with a change of scenery can elevate your thinking and benefit your career. 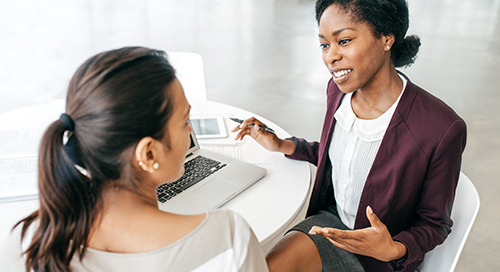 Mastering Soft Skills In The Workplace

Whether you are looking for a job or want to move up, mastering the soft skills will help. Here’s how to polish these necessary elements.